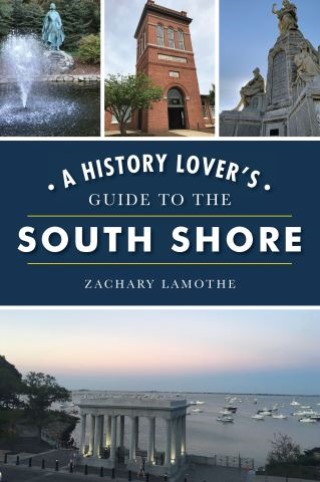 A History Lover's Guide to the South Shore

The South Shore is an intriguing mix of antiquity and modernity. The region's first settlement, Plymouth, is a top tourist destination, as more than one million visitors flock to it annually. Quincy showcases the region's Revolutionary War past, but even more of its fascinating sites are hidden behind an urban façade. Along windswept beaches and cranberry bogs, the varied terrain is unique and captivating. From the birthplace of Abigail Adams in Weymouth to the historical houses of Hingham and the Old Scituate Light, author Zachary Lamothe uncovers the stories behind some of the most notable people and landmarks in New England.

Zachary Lamothe: Originally from Connecticut, Zack Lamothe earned a degree in American studies at Boston University. He has lived on the South Shore since 2011. He is author of Connecticut Lore: Strange, Off Kilter and Full of Surprises and the sequel, More Connecticut Lore: Guidebook to 82 Strange Locations. Lamothe is a monthly contributor to Norwich Magazine and writes for other various print and online publications. He manages and writes for the travel website Backyard Road Trips (www.backyardroadtrips.com). He teaches in Marshfield and lives in Plymouth with his wife, two kids and their dog, Pepper.