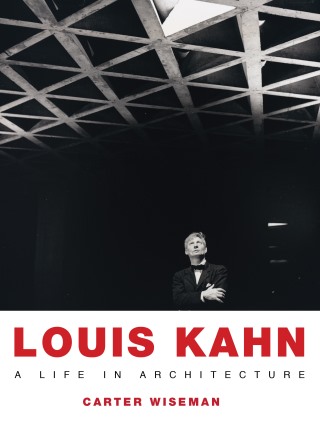 A Life in Architecture

The man who envisioned and realized such landmark buildings as the Salk Institute, the Kimbell Art Museum, and the National Assembly complex in Bangladesh, Louis Kahn was born in what is now Estonia, immigrated to America, and became one of the towering figures in his adopted country’s built world. His works are unmistakable in their elegance, monolithic power, and architectural honesty.

Written by Carter Wiseman, one of Kahn’s most respected commentators, this book offers a succinct, accessible examination of the life and work of one of America’s greatest architects. It traces the influence of his immigrant origins, his upbringing in poverty, his education, the impact of the Great Depression, and the arrival of Modernism on his life and work. Finally, it provides insight into why, as the legacy of many of his contemporaries has receded in importance, Kahn’s has remained so durably influential. Louis Kahn: A Life in Architecture provides the best concise introduction available to this singular life and achievement.

Carter Wiseman is Lecturer at the Yale School of Architecture and author of Louis I. Kahn: Beyond Time and Style. For sixteen years he was the architecture critic at New York magazine.