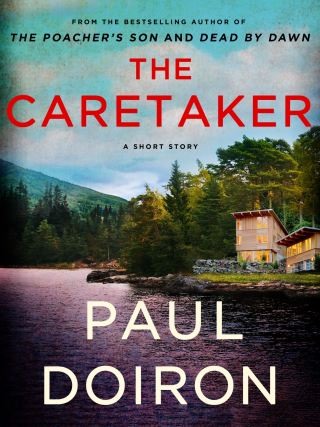 New owners of a dream cottage on a remote Maine lake find themselves taunted, then menaced by an unknown figure. When the local authorities refuse to help, they turn to retired Maine game warden Charley Stevens and his young protege Mike Bowditch for protection. But Charley begins to suspect there is more to the mystery than the couple is letting on--and if he and Mike don’t act fast, the situation will explode into violence.

Paul Doiron: A native of Maine, bestselling author PAUL DOIRON attended Yale University, where he graduated with a degree in English. The Poacher’s Son, the first book in the Mike Bowditch series, won the Barry award, the Strand award for best first novel, and has been nominated for the Edgar, Anthony, and Macavity awards in the same category. He is a Registered Maine Guide specializing in fly fishing and lives on a trout stream in coastal Maine with his wife, Kristen Lindquist.