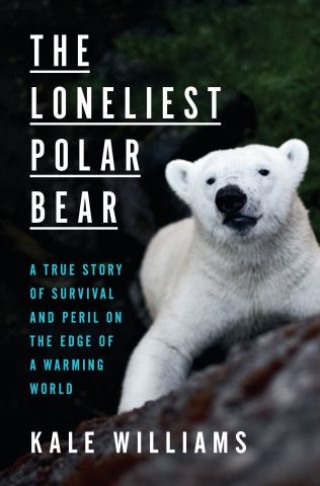 “A moving story of abandonment, love, and survival against the odds.”—Dr. Jane Goodall

The heartbreaking and ultimately hopeful story of an abandoned polar bear cub named Nora and the humans working tirelessly to save her and her species, whose uncertain future in the accelerating climate crisis is closely tied to our own

Six days after giving birth, a polar bear named Aurora got up and walked away from her den at the Columbus Zoo, leaving her tiny squealing cub to fend for herself. Hours later, Aurora still hadn’t returned. The cub was furless and blind, and with her temperature dropping dangerously, the zookeepers entrusted with her care felt they had no choice: They would have to raise one of the most dangerous predators in the world by hand. Over the next few weeks, a group of veterinarians and zookeepers worked around the clock to save the cub, whom they called Nora.

Humans rarely get as close to a polar bear as Nora’s keepers got to their fuzzy charge. But the two species have long been intertwined. Three decades before Nora’s birth, her father, Nanuq, was orphaned when an Inupiat hunter killed his mother, leaving Nanuq to be sent to a zoo. That hunter, Gene Agnaboogok, now faces some of the same threats as the wild bears near his Alaskan village of Wales, on the westernmost tip of the North American continent. As sea ice diminishes and temperatures creep up year after year, Agnaboogok and the polar bears—and everyone and everything else living in the far north—are being forced to adapt. Not all of them will succeed.

Sweeping and tender, The Loneliest Polar Bear explores the fraught relationship humans have with the natural world, the exploitative and sinister causes of the environmental mess we find ourselves in, and how the fate of polar bears is not theirs alone.

Kale Williams: Kale Williams is a reporter at The Oregonian/OregonLive, where he covers science and the environment. A native of the Bay Area, he previously reported for the San Francisco Chronicle. He shares a home with his wife, Rebecca; his two dogs, Goose and Beans; his cat, Torta; and his step-cat, Lucas.