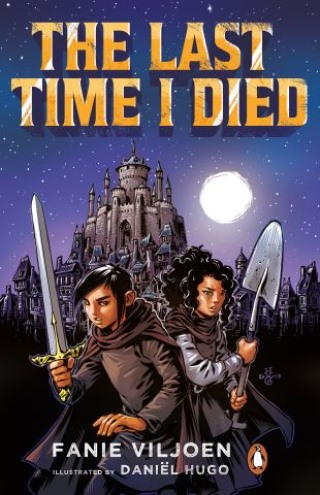 The Last time I died

A thrilling graphic novel for teens! This epic graphic novel is based on Fanie Viljoen’s novel The Last Time I Died that was published by Ransom Publishing in 2016. The Black Crow killed Sam’s dad, and now he has killed Sam. But Sam is not dead. That death was the sixth of his seven lives, and now he has one remaining life – to come back and kill The Black Crow. For that is his destiny. The masterfully creative Daniël Hugo illustrated this book and readers with a love for the art of graphic novels and comic books will be blown away by the details captured on each page

Fanie Viljoen: Books such as Slym, Klou, Betower, the Aksieheld Austin series and the Nova science fiction series have made Fanie Viljoen a well-known name in thousands of Afrikaans homes. Fanie is also an acclaimed artist and children’s book illustrator who has participated in numerous exhibitions. He was awarded twice with the Sanlam Prize for Youth Literature, as well as the M.E.R. Prize. His young adult novels Betower and Afkop were both runners-up in LAPA’s competition for teenage literature. He won the first prize for the same competition early in 2020 for the novel Offers vir die vlieë. He has also won numerous ATKV Children’s Book Awards.