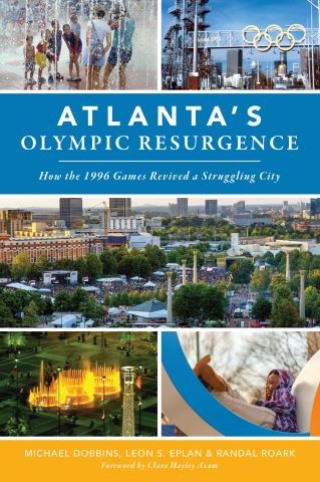 How the 1996 Games Revived a Struggling City

The summer of 1996. In nineteen days, six million visitors jostled about in a southern city grappling with white flight, urban decay and the stifling legacy of Jim Crow. Six years earlier, a bold, audacious partnership of a strong mayor, enlightened business leaders and Atlanta's Black political leadership dared to bid on hosting the 1996 Olympic Games. Unexpectedly, the city won, an achievement that ignited a loose but robust coalition that worked collectively, if sometimes contentiously, to prepare the city and push it forward. This is a story of how once-struggling Atlanta leveraged the benefits of the Centennial Games to become a city of international prominence. This improbable rise from the ashes is told by three urban planning professionals who were at the center of the story.

Michael Dobbins: Leon S. Eplan, FAICP, was twice Atlanta's commissioner of planning and development before and then during the six-year lead-up to the Games. He initiated and prepared the city's Olympic Development Program and then helped to establish its Corporation for Olympic Development in Atlanta. H. Randal Roark, FAICP, is a retired professor of the College of Planning Architecture at the Georgia Institute of Technology and served as director of planning and design for the Corporation for Olympic Development in Atlanta for the 1996 Games. Michael Dobbins, FAICP, FAIA, succeeded Eplan in 1996, becoming Atlanta's commissioner of planning, development and neighborhood conservation for the following six years. Serving in that position during and after the Games, he was able to finalize several uncompleted ODP projects following the Games, as well as oversee several major post-Olympics initiatives that were related to or induced by the Games.||||||